My abortion cost him nothing. I was changed forever. - TMI Project 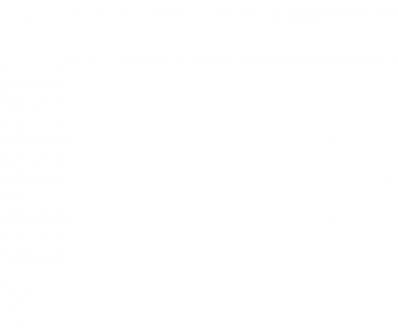 Way back in Elementary School I learned that the rich kids know how to party. I went to Parochial School in elementary but it became too expensive so I went to a regular public high school. Invites to rich kid parties came few and far between but I took the bait when offered. Rich kids looked like adults to me with their designer clothing and sports cars. They took drugs like ecstasy and did poppers and suffered no consequences for their actions. But I was no rich kid.

I met Trey at a rich kid party. He was tall and had dark hair and green eyes and knew about bands only played on college radio. And he danced. He was so different from the quiet responsible athletes that were popular at my high school. He was also 18.

We tussled and flirted and drank a lot. We didn’t talk much but ended up on the same corner of the floor. He was the second person I had ever had sex with. I was very pragmatic about my virginity, I wanted it to be gone so I didn’t have to worry about losing it anymore.

He called me about a week later and came to my house to take me back to his suburban house for more teenage sex. When he picked me up, he had his cousin with him. Another boy I had known from my elementary school. I told my mom we were going to the movies.

In the car, the putrid Phil Collins song “Easy Lover” was playing on the radio and the boys were both singing it. They were making fun of me. The song still makes me nauseous.

Why the cousin was with him is a mystery but as years have passed I wondered if they were planning on tag teaming me, family style so to speak. I never minded sex, I liked the attention and it was free entertainment but I can’t imagine that I would have consented to two guys. I was still only 16.

I was not on the pill, and the condom broke. I knew immediately that I was pregnant and started crying. My crying made Trey hysterical. “Get into a tub with the hottest water you can stand!!” I did and he drove me home and never called me again.

Three weeks later, I was getting ready for a rehearsal for a school play and I threw up. All day everything around me smelled horrible and I had raging headaches that I know now were probably from dehydration. I went to Planned Parenthood and the test was positive.

My mother would never know. I did tell one of my brothers who showed up in my bedroom with a bible and suggested that I call an out of town teen mom cousin. I told my school guidance counselor who said that I had not been making great life choices. And I told Trey who said that he would pay the $250 for an abortion.

I scheduled the procedure and Trey said that he would meet me at the mall to give me money. He never showed, I cancelled the appointment. Strange thing is that I had money. I had worked all summer and diligently put my money in the bank but it was a custody account and my mom needed to sign to take the money out. I forged my mom’s signature and went to the bank. “We need for your mom to be here.”

A first trimester abortion had to happen in the first 12 weeks and I was at week 8 which was way too pregnant for me. I was in a panic and I was sick.

I called Trey’s house every day. His mom was covering for him telling me that he wasn’t home and then that he had moved to California. I begged his mom to give a number for him and instead she put Trey on the phone. His tone changed entirely. “Look, I don’t believe that you’re pregnant by me. If you try to tell anyone that it’s mine, I’ll get all my buds from high school to say that they gang banged you, no one will believe you.”

And with that he had me.

I was a slut. Only twice but it was a done deal. Who would believe me?

Another high school boy gave me the money for an abortion. I was yelled at as I went into the clinic by protesters who shoved their bodies against mine. “I’m still Catholic” I told the protesters in a small attempt to save face. Next to me at Planned Parenthood was a middle aged mother of four children.

About seven years later, I met up with Trey at another party. A punk rock party. We exchanged phone numbers I wanted to see him, to hear him make a sober apology. Ever the optimist.

We met at his apartment, just blocks from mine. He hugged then kissed me and attempted to take my shirt off. When I told him I wasn’t visiting him to get laid he was legitimately surprised.

Maybe he was just as optimistic as me. Maybe he thought that I actually had been trying to pin an unwanted pregnancy on him and I was the one who wanted to apologize. Maybe his mind went as far as to think that I had purposely somehow willed that condom to break.

Trey did not purposely mean to impregnate me but he did mean to threaten me. No one had questioned his choices, or met him with a bible or shouted in his face. My abortion cost him nothing. I was changed forever, victimized by my own stigma, by my own behavior and by the judgement of others.

Every moment of your life leads you to where you are but what good came from this? Many bad things have an unexpected silver lining but in this one I can’t find one. Sometimes a blank space doesn’t need to be filled. 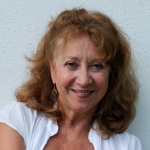 I was Sexually Harassed by My Supervisor #MeToo#MeToo, Stories 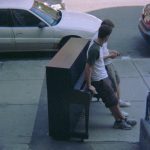