Turnout was exceptional – there were 17 participants ranging in ages from the youngest at 14 to the eldest being as library director, Odell Winfield, put it, ‘of the ‘50’s generation.’ 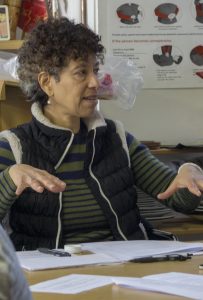 My co-facilitator, Micah Blumenthal, and I sat in the middle of the long table constructed of 3 or more tables placed end to end. Just as we were about to get started, Shawaine Davis, one of the Black Stories Matter Storytellers from Kingston High School arrived with several friends.

Shawaine was not particularly outspoken when she showed up to her first workshop session last year but she was determined to tell her story. And tell her story she did, with a vengeance.

‘Lord give me patience because if you give me strength, there’s no telling what I might do,’

and it only gets better from there.

On this afternoon nearly a year later, Shawaine strode into the library with an air of purpose.  Having been through the process of finding and telling her story, she seemed to be encouraging her friends to do the same. They all took seats at the far end of the table and quickly settled in.

Micah outlined the idea of the workshop – that black stories come in all shapes and sizes – they are as varied and diverse as the people who embody them. “If you’re a black person writing about learning to tie your shoelaces, that’s a black story,” Micah joked. The truth underlying his joke is that we are all ready to expand beyond the ‘stock’ or expected stories of blackness that always define us in terms of struggle and oppression. It’s time to uncover the beautiful, complex and surprising counter-stories of black American creativity and resilience.

And that’s what everyone at this table had come to do, explore the real stories from their lives, listen to the stories of others around the table and learn something new about their own perspective.

The 14 –17 and 20-something crowd was seated to my left, with the age gradually rising into the 30’s, 40’s and beyond at the other end of the table. True inter-generational representation. 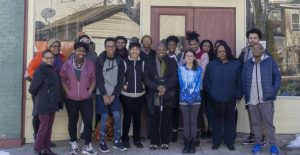 As we do in all TMI project workshops, we offered prompts to help participants focus their thoughts. Some of the prompts offered for this workshop included:

How racism has affected your self-esteem, social status, physical or mental health.

What you love about being black and/ or black culture.

Some used the prompts and others wrote freestyle about an experience that had profoundly shaped their life. 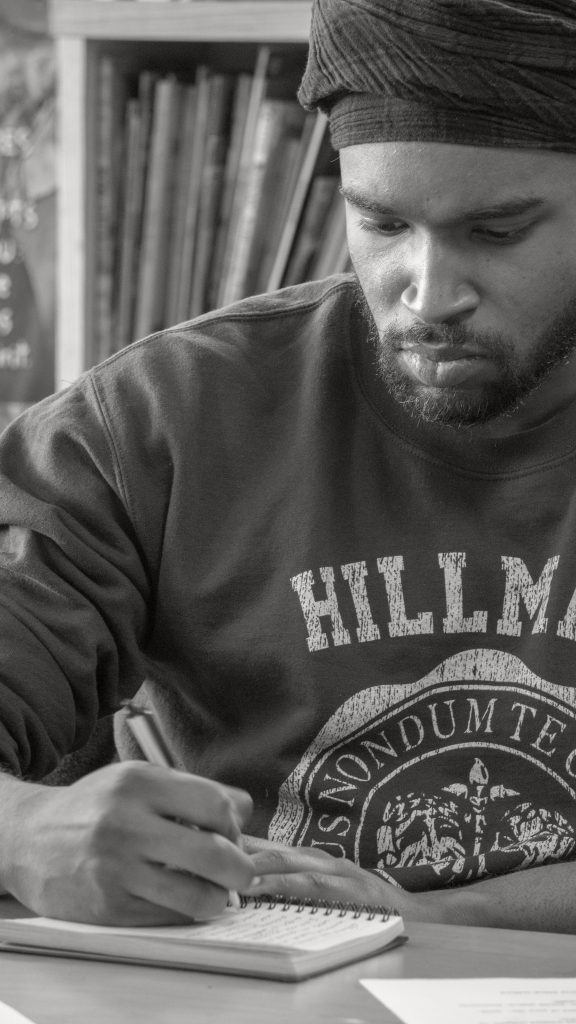 Patterns emerged from diverse stories. One young man wrote that despite his experiences of being bullied in school, he continues to value himself, knowing that he is someone who has a lot of love to give. He also affirmed his determination to sharpen his basketball game.

Another participant, also a student at the Kingston High School, addressed a person who has bullied her, writing: ‘Go ruin someone else’s day, boo boo…’

At the other end of the table, a woman wrote about bullying that she’s experienced working in the corporate world. This kind of bullying came in more subtle forms of disrespect from colleagues that worsened as she gained greater power within the organization.

Yet another participant wrote about the challenges of parenting biracial children.

We had time for two rounds of writing and sharing. Three or four participants raised a hand to read something out loud during each of these segments. We reminded everyone of a TMI workshop rule: No negative preamble. This sets a tone and an understanding that we are all there, taking turns as writers and audience, to affirm, support and encourage each other in this amazing process of discovering our true stories.

At one point during the workshop, looking in either direction, I felt that I was seeing a beautiful landscape of the faces and stories assembled at the table. These two hours felt like a sacred moment.  It occurred to me that each person at the table had come to add their piece to a collective history that is just now beginning to be written.

I thought about the experiences the Kingston High School students wrote and shared in workshop – stories of being told ‘you don’t speak black’ or ‘you don’t act black,’ stories about being judged for their hair or complexion, constantly being reminded that as a black person you are always under a critical white gaze. I remembered my amazement, realizing that in the four decades since my own teen years, racism really hasn’t changed at all.

Or, maybe something is changing. When I was their age, no one asked me what it felt like growing up as a biracial person. I had no one to speak with about my experiences.  These students were not only able to articulate their stories, but they also got up on stage and told their stories. And they weren’t alone. They were part of a group of storytellers each one risking vulnerability to bring their truth to light.

Something I know from my own life is that black people are a diverse & resilient people. With a little bit of space and encouragement to tell our stories, we’ll make them better, clearer and more powerful as we bring them into resonance with a collective understanding that’s emerging.

At one point in the workshop, one of the participants took a deep breath and began ‘What happened was….’

In the same instant, Micah and I looked at each other with big smiles.

We knew we had just found another prompt!

Bring a Black Stories Matter storytelling performance to your organization, community group or home by hosting a viewing party. Fill-out our form to access our Stories from Across Generations Viewing and Discussion Guide. 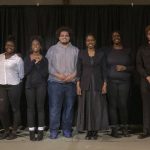 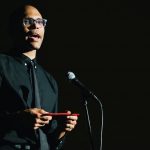