Join TMI Project Podcast hosts Eva Tenuto and Micah as they discuss and share stories from “Reclaiming Our Time,” a live storytelling performance from 2017 featuring stories and monologues by five storytellers responding to their overnight stay in a preserved cellar kitchen on Huguenot Street in New Paltz, NY where enslaved Africans once lived.

Reclaiming Our Time is a Bonus Episode of The TMI Project Podcast. It was released in honor of the first anniversary of the New York Times Magazine’s 1619 Project, a reframing of the country’s history by placing the consequences of slavery and the contributions of Black Americans at the center of our national narrative. Hayley Downs produced this episode in partnership with Radio Kingson.

On Juneteenth 2017, five writers accompanied by Terry James, living historian and board member of The Slave Dwelling Project, participated in TMI Project’s immersive program of workshops that began with an overnight stay in a preserved cellar kitchen where enslaved Africans once lived. The resulting production, “Reclaiming Our Time,” was performed live at the Reformed Church of New Paltz on Saturday, Sept. 16, 2017, and was the recipient of the 2017 Awards of Excellence from Greater Hudson Heritage Network, which recognizes creative vision in the preservation of the history, culture, and diversity of the region. This special bonus podcast episode features the recordings of the five participating storytellers–Victory Schuyler Ritter Snow, Dara Lurie, Freedom Walker, Tameka Ramsey, and Micah–performing their stories during the live performance.

The Slave Dwelling Project raises awareness about enslaved Africans’ history by organizing overnight stays at sites where they once lived. Historic Huguenot Street, a national landmark in New Paltz, New York, comprises seven stone houses from the 18th century that were inhabited by Huguenot settlers fleeing religious persecution in France.

Contrary to the popular belief that slavery was practiced exclusively in the South, Northern states were also dependent on enslaved African labor in the 17th and 18th centuries.

Victory Schuyler Ritter Snow was born and raised in the mostly-white New Paltz, NY, where she wasn’t exposed to the history of slavery in the Hudson Valley, nor did she ever ask herself the question, “How do you move forward without knowing where you come from?”

Dara Lurie spent years searching for ways to find communion with the spirits of her African ancestors, only to discover an unexpected new language which helped her communicate with those spirits: dance.

Freedom Walker As the turbulent feelings ebb and flow during Freedom Walker’s (formerly TinaLynn Dickerson) night in a cellar where former enslaved Africans once lived, she drifts off to sleep. She awakens to the voice of an unknown entity who awards her a new name and helps her see the current state of racism in America.

Tameka Ramsey addresses a letter to her ancestors, in which she reveals the truth about why history never interested her, until recently: it was never hers to learn.

Micah knows the trials and tribulations he and his ancestors carry, and he’s not afraid to face them: in fact, he seeks them out to find his retribution and honor his past. 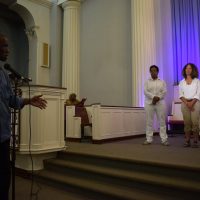 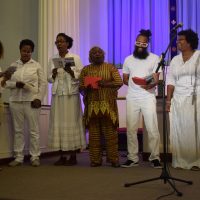 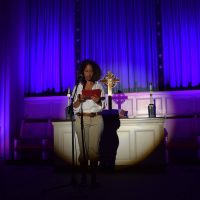 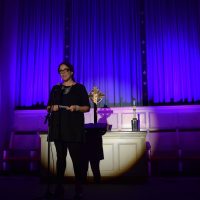 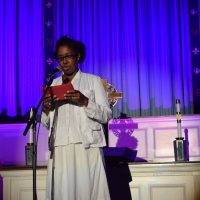 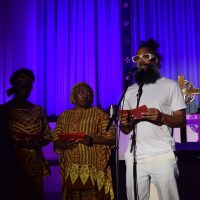 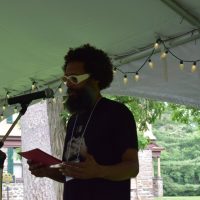 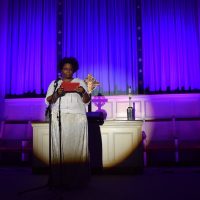 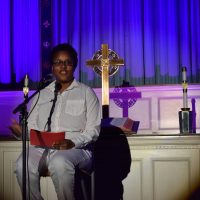 Join the movement to change the world, one story at a time. Make a donation today to support our Black Stories Matter programming.

Join The TMI Project Podcast mailing list and be among the first to hear about new episode releases, special guests, podcast release parties, and more!