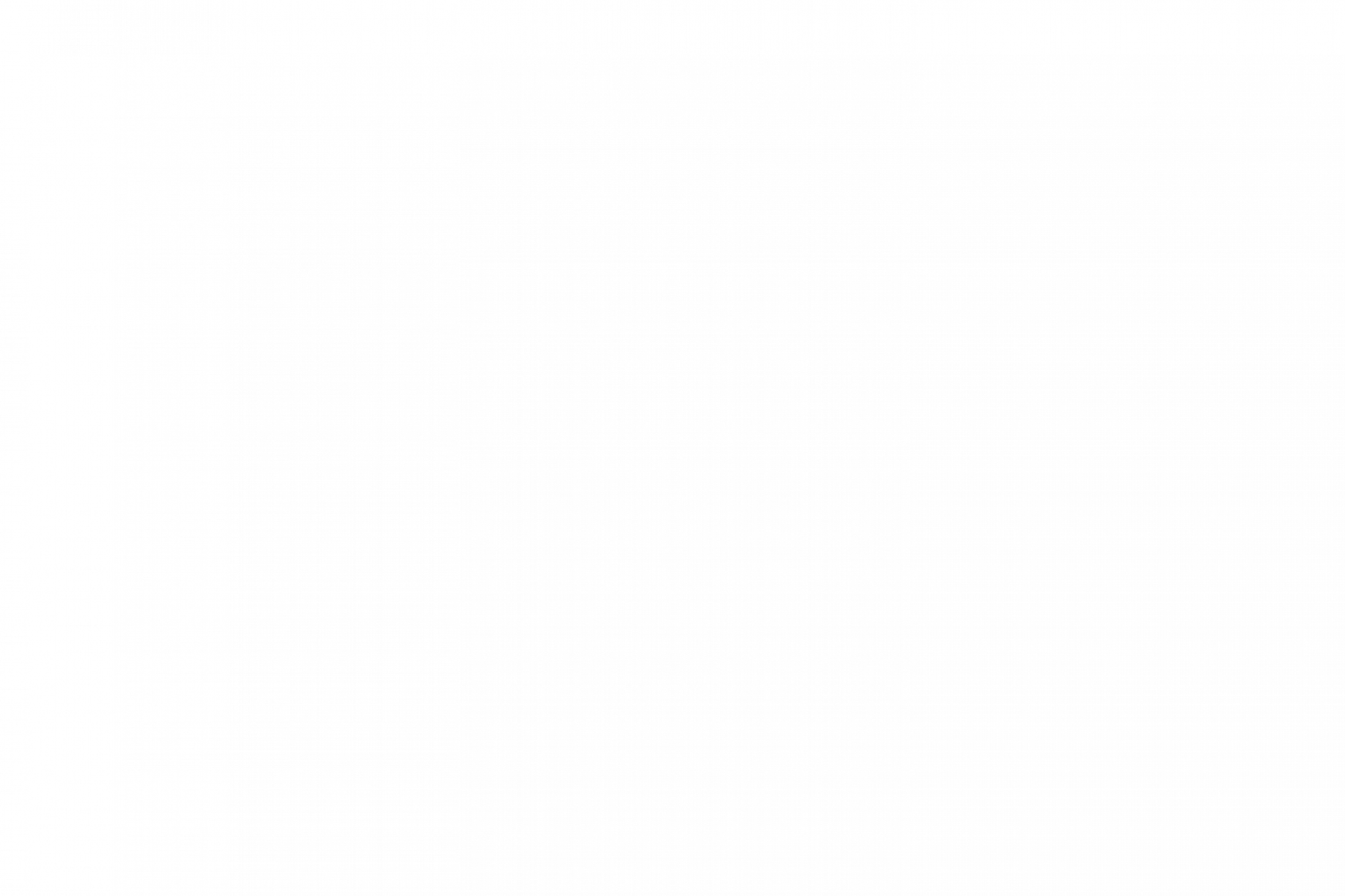 On Sunday, June 2nd, TMI Project joined the Hudson Valley LGBTQ Community Center at the 2019 Hudson Valley Pride Festival and March. It was a beautiful day, and we met so many inspiring LGBTQ+ community members and allies who came out to celebrate the 50th anniversary of the NYC Stonewall Riots. TMI Project was fortunate to have Woodstock Day School student and photographer Tonya Dechar capture portraits of visitors to our booth during the festival. Each person Tonya photographed participated in a true storytelling activity for LGBTQ+ community members and/or allies. Below are some of our favorites. We hope you enjoy reading these short stories as much as we enjoyed collecting them. Happy Pride Month, everyone! 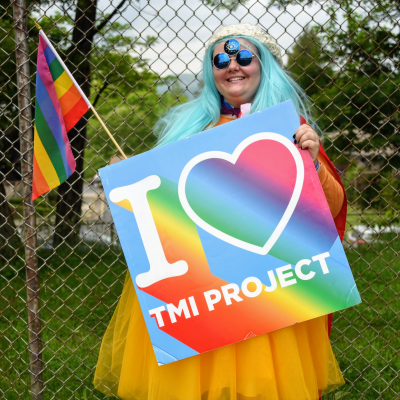 “I came out on instagram as genderfluid/pansexual on 3/31/19 (my mother’s birthday). My mother is an ally but doesn’t believe my gender identity nor sexuality because I have a straight boyfriend. Today, I came out to my boyfriend as genderfluid. I love the community and everyone a part of lgbtqa+.” – Alison 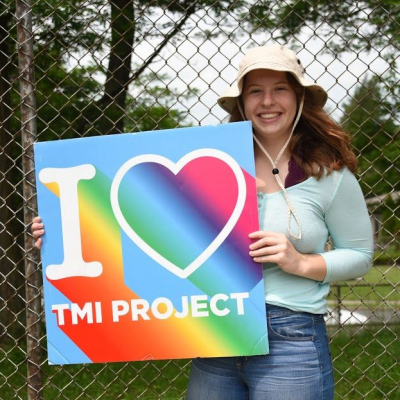 “My best friend came out to me towards the end of our senior year of high school. She was sobbing, and asked me not to hate her. The way her family reacted was so disheartening. They still believe it’s a “phase.” My response to her was that I could never hate you, and you love who you love. I still try to remind her, myself and others everyday to just be yourself; you’re beautiful just the way you are.” – Tayler 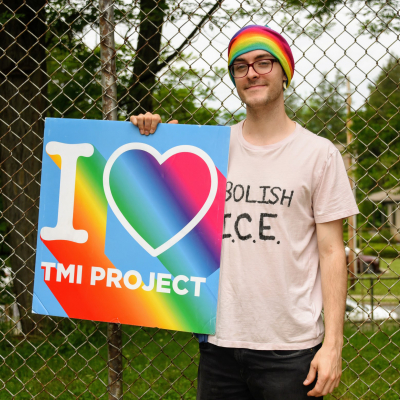 “Chelsea Manning inspires me to fight for justice. She made enormous sacrifices to tell the truth about the Iraq War and the US Military and has faced years of imprisonment and solitary confinement (torture). As a trans woman, this experience has been horribly traumatic for her, but she stays strong and refuses to compromise her morals and testify against Wikileaks, so she has been imprisoned again. Her struggle is all of ours.” – Eli 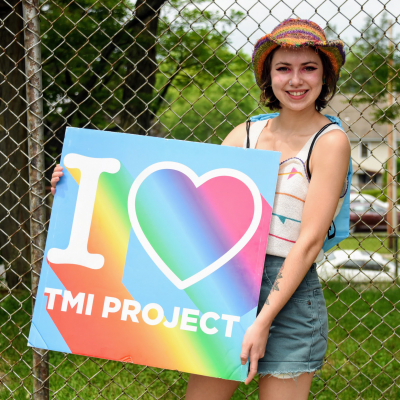 “Growing up, I have been a part of and have been close with many folks in the LGBTQ+ community. I grew up with a very accepting mother, but living in a small town in Missouri was hard for a lot of my friends who were picked on by not only classmates, but family. I have and always will be someone who will listen and be there for you, no matter how you identify, I am your ally.” – Autumn 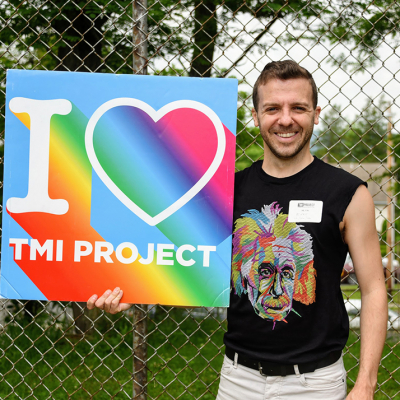 “My mom took 10 years to come around to my coming out. I was patient and fought to make sure she understood what was important to me. When she finally came around, she went all out: she wound up moving to a different church and switching denominations completely so that her faith still stayed intact, but her love for her son could shine through.” – Blake 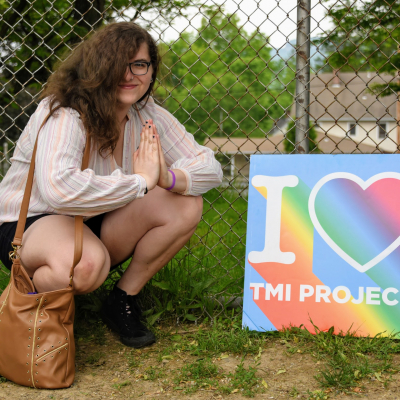 “In the trans spaces that I am a part of, it is really beautiful and heartwarming to see how much support and community is formed between people. Like with my best friend from childhood, after reconnecting with me, against my fears, she supported me whole-heartedly. Likewise, I was lucky enough to help her come out and find herself, and I am as proud as can be.” – Ravenna 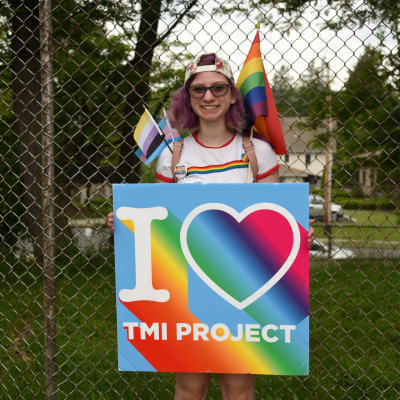 “As a lesbian, sometimes men will try to convince me that they could turn me straight, and that I’m ‘not really lesbian.’ It scares me, how predatory they sound when discussing my sex life without my consent.” – Jess 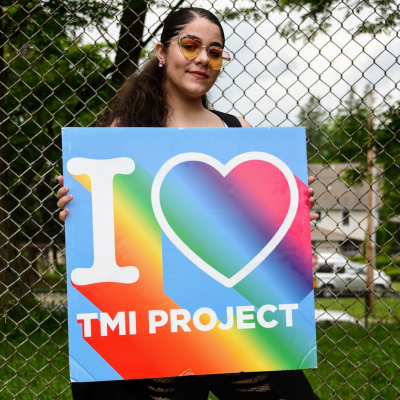 “I overcame doubting myself. I always took what people said I should be and what I should do and went with it, but doing so just left me so much more confused in the end. I had to realize that I need to follow what I feel and want in my heart and soul and stop doubting and questioning myself based on others’ opinions. The only thing that matters is how I feel and what I want and if it makes me happy. And everyone should get the opportunity to do that.” – Marlana 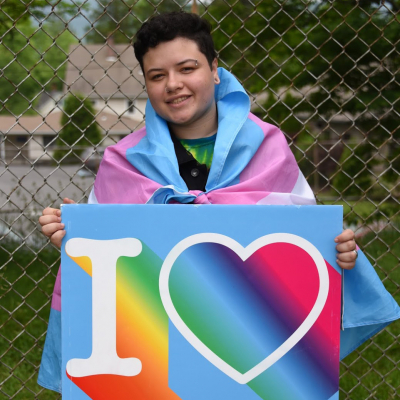 “My coming out experience was that of an emotional one, I started out with a written letter explaining my sexuality and my gender; I’m attracted to females but I identified as male, so for the generation my mum grew up in, in a not-so-open household, she never heard of what a transgender person is, but years down the line I’ve been more accepted and respected for my identity.” – Angel 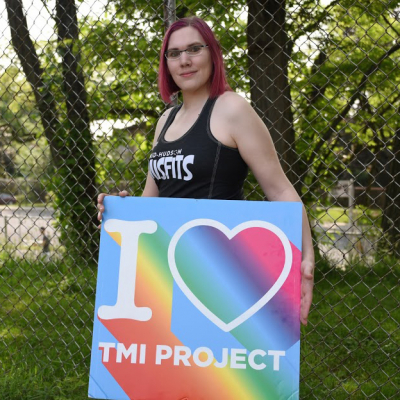 “While leaving pride last year, I had a motorcycle accident, which resulted in a helicopter landing at the pride event. I spent 1 week in the hospital due to a shattered patella that required 2 surgeries. With the help of my teammates, mid hudson misfits roller derby, a lot of PT and a 3rd surgery, 1 year later I am back at pride, playing roller derby and riding motorcycles again. I could not have done it without such a wonderful community.” – Mimic 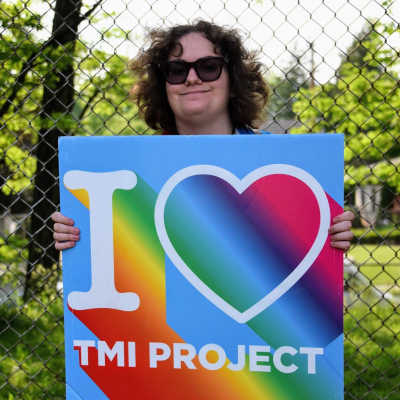 “It’s the second pride I’ve every been to in 2019. I’m walking around the festival and saying ‘hello’ to my friends during and after the march. It’s hot, loud, and crowded, and I walk up to a merch stand with flags, pins and clothing. I spot some pansexual pins in the corner, and feel a rush of excitement and nervousness. I’ve only out to a couple of people, and I’m no stranger to bigoted comments, but this is pride. After a moment of thought, I decide to buy one labeled ‘pantastic.’ As I continue walking around, I see a boy from my school. He is 3 years my junior, with curly hair, freckles, and covered in trans and gay pride colors. As we see each other, and he walks over, I say hello. He replies in suit, and notices my pin. Even though we’ve started to become friends, and I know that he’s nice, I can’t help but worry that I’m going to be mocked. Even still, I take a risk and hold out the pin for him to see better. He laughs at the stupid pun, looks me in the eye, and tells me that he loves it. We spend the rest of the day hanging out. We’ve been closer friends ever since.” – Tillie
STORIES AND PHOTOS FROM HUDSON VALLEY PRIDE 20192019-06-112019-06-11https://www.tmiproject.org/wp-content/uploads/2020/12/tmi_logowhite_notagline.pngTMI Projecthttps://www.tmiproject.org/wp-content/uploads/2019/06/dsc_0593.jpg200px200px 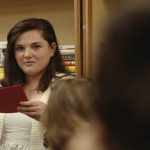 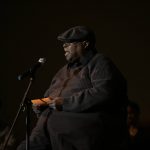 In 3rd grade, I’m told it will be at least 150 Years until a Negro is elected president.Black Stories Matter, Performances, Stories
X