Stories For Choice is Personal and Generational - TMI Project
0
0

Stories for Choice is personal. It’s political. It’s for the people of Texas, and for the future of our entire nation. It is also my attempt at healing a lineage of inherited trauma.

For generations, my family has been deeply affected by a lack of reproductive freedom. In 1938, at 21 years old, my grandmother became pregnant out of wedlock. She hid out on a farm in Nebraska owned by an elderly couple. For the duration of her pregnancy, she traded work for room and board so her family in Iowa wouldn’t find out about her condition. She slept on a cot in the basement with nothing but a curtain separating her space from where the family’s five dogs slept. She gave birth to a baby girl, and for two months she cared for and nursed her in that basement, and then had to give her up for adoption. She returned home, forced to act like nothing had happened, and lived with the shame of her secret.

In 1965, at 16 years old, my mother lost her virginity and became pregnant after being date raped, a term no one used at the time. Given no choice, she was sent to a Catholic home for unwed mothers until she gave birth to a baby boy and gave him up for adoption. She returned home, her swollen breasts leaking milk serving as a constant and painful reminder of the baby she left behind. She had to move on and act like nothing had happened. She had to live with the shame of her secret, just like her mother.

(my Mom shares her story about her pregnancy)

I hung up the phone like nothing had happened and lived with the shame of her secret. Holding this secret changed me. I knew of the missing child my sisters would know nothing about for years. I was the only one who knew why our Mom sobbed every May when her baby boy’s birthday passed. I was the only child who knew our mother was capable of giving away one of her children.

In 1997, I became pregnant, and though I always wanted to be a mom, at the time, I was being held hostage by the brutal grip of addiction. I don’t believe my alcoholism was caused by secrets and shame, but I do believe it added fuel to the fire. Unlike my mother and grandmother, I had the freedom to choose. The day before my 25th birthday, I went to a clinic and had an abortion.

I was adamantly pro-choice and blindsided by how challenging it was for me to recover from the experience emotionally. I didn’t feel safe talking about how I felt. I was afraid I’d give the other side ammunition. It became urgently important to me to create spaces where people could make whatever decision was right for them, be supported through it, and talk about it truthfully. This is what Stories for Choice means for me. It is a space to dispel shame, abandon secrets, welcome freedom, and fight like hell for justice.

When we initiated the plans for this program, we could see the impending doom on the horizon, but nothing prepared me for the news coming out of Texas. Our rights are being stripped away from us and will continue to be, state by state.

Legal rights are crucial but not enough. We have to share our stories for fair access, safety, education, and preventative healthcare. It’s time to scream from the rooftops. If you have a story to tell, I urge you to submit your story before September 15 and join us in our rallying cry for freedom. We have to share our stories like our lives depend on it because they do. Now more than ever. 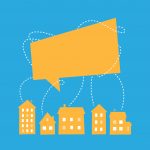 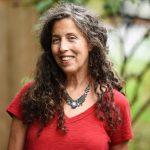 The Best Thing That Ever HappenedReproductive Rights, Stories, Stories for Choice
X