As an 18-year-old girl in the early fifties, I possess very little knowledge of my body or reproduction. It will be twenty years before The Supreme Court passes Roe v Wade into law, making abortion legal. Not only is abortion illegal, so is contraception in many states. Not until 1974 does contraception become legal for unmarried couples. I know where babies come from. That’s about it. For a long time, I believe I am too skinny and too anemic to get pregnant. It’s my magical thinking. 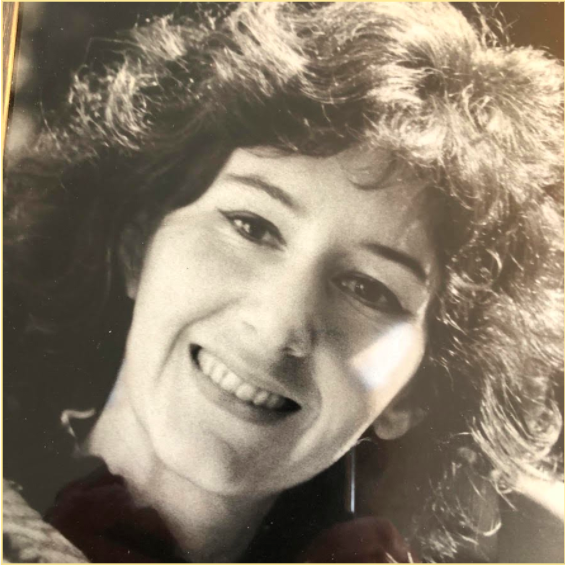 After college, writing radio copy and hosting an afternoon disk jockey show on the local NBC affiliate, I spend a year in my hometown. I have total control of what I say on-air and what I choose to play, but I’m not allowed to touch the turntable or the microphones because I’m female. My co-host Charlie operates the control board.

After a year on air at the radio station and evenings working backstage and performing in the newly created theatre at the Virginia Museum, I take the night train to New York City, intent on studying acting.

In the Village, I become part of a group of struggling actors, artists, writers, and musicians who hang out in the coffee houses on Bleecker and MacDougal Streets. My boyfriend Joel was celibate for six years in self-imposed penitence for impregnating his first girlfriend when he was sixteen. When we get together, I almost immediately miss my period. The theory is Joel’s years of celibacy have intensified his potency. His super post-celibate sperm has overcome my magical thinking. I am pregnant.

Dr. C., my primary care provider, upon hearing my plight, places me in the care of his loyal and knowledgeable nurse. In turn, she puts me in touch with an abortion provider, a doctor who, after losing his medical license for preforming the illegal procedure, makes his living renovating apartments.

Joel, always the gentleman and the only man in our crowd with a steady job foots the bill — $500 cash. The operation will take place in my third floor Greenwich Village walk-up. My friend Claudette, a young woman toughened by her childhood in Nazi-occupied France during the Second World War, offers to be with me.

The doctor, having climbed the three flights, appears at my door slightly disheveled. At first, he surveys the apartment with a contractor’s eyes and offers some suggestions for possible renovations before unpacking his physician’s bag.

I lie down on my green and beige enameled kitchen table. There are no stirrups, so my legs and butt are placed in a mesh harness. The doctor considers anesthesia or pain medication too risky. I undergo the procedure without them. Claudette faithfully holds my hand as promised. She doesn’t freak out when I start screaming and talks me through the excruciating process. For weeks afterward, I bleed and feel faint. 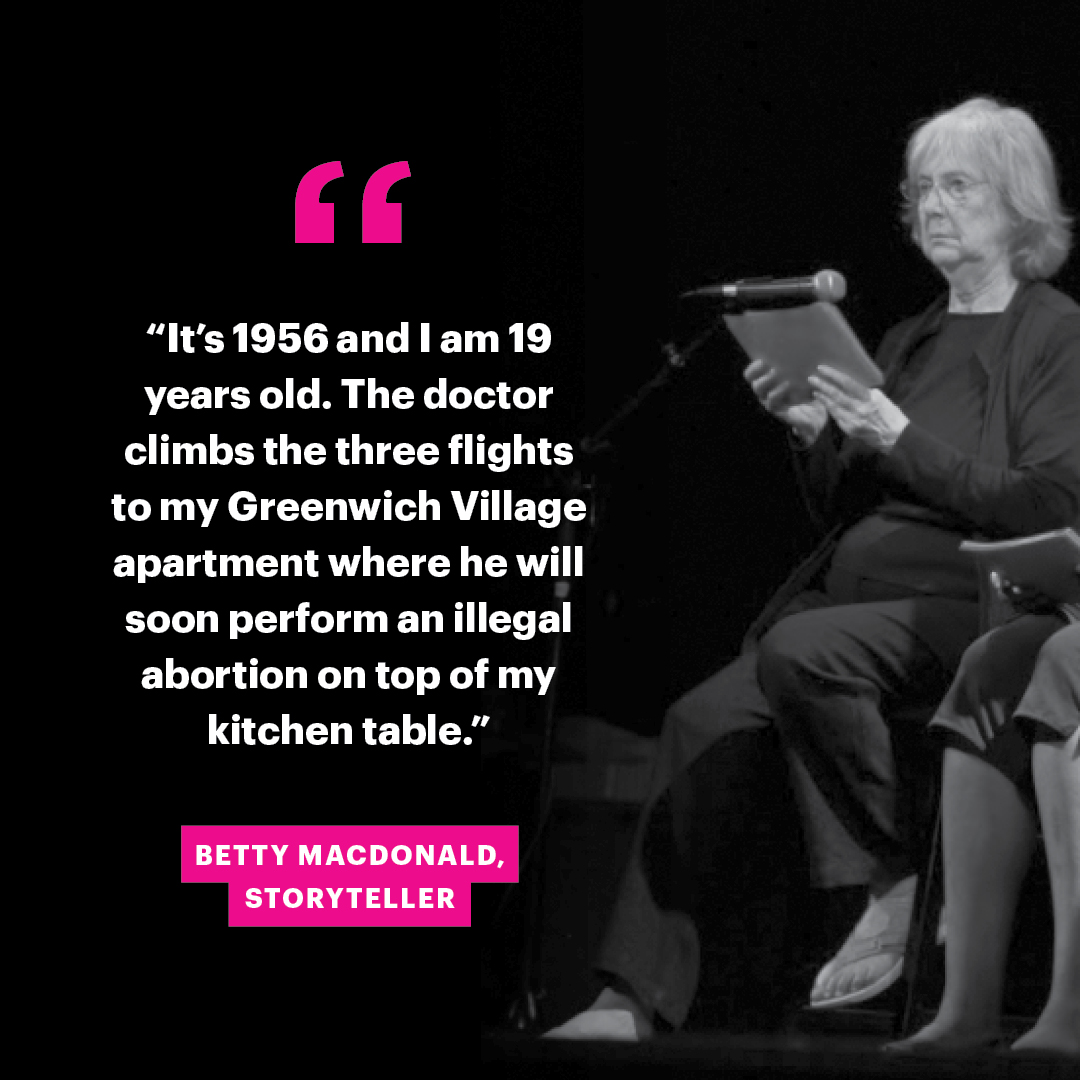 I continue to date Joel and quickly get pregnant a second time. I don’t know how to prevent it.

This time the abortion doctor gives me instructions to meet him at an apartment in one of the many high-rise complexes in Queens. Another friend, Lorraine, offers to drive me, but because my instructions are to arrive unaccompanied, she waits for me in the car.

Before going in, I swallow a pill Dr. C. has given me to lessen pain. I take the elevator to the sixth floor. Just as I am about to press the buzzer at the designated apartment, a door on the other side of the hall pops open. The doctor pokes his head out and calls to me urgently in a hushed voice.

Once inside and on the table, I attempt to take a second pill Dr. C. has prescribed, but my abortionist stops me. He’s not taking any chances. Fortunately, the first pill removes me from the pain’s immediacy, although it doesn’t eliminate it. I experience the agony repeatedly, but this time it’s as if it’s from a distance.

When it’s over, Lorraine drives me back to West 10th Street. I break up with Joel and feel restored. I vow to be more careful in the future.

Betty wrote and performed her story as part of TMI Project’s 2013 production, What to Expect When You’re NOT Expecting: True Stories of Slips, Surprises, and Happy Accidents, a collection of true stories centered on the ways people exercise freedom of choice when faced with an unplanned pregnancy. 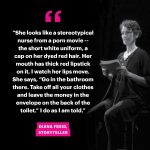 The Lucky Ones: Diana’s StoryReproductive Rights, Stories, Stories for Choice 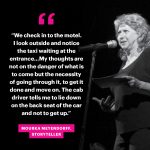