Ubaka Hill has been a performer of percussion, poetry, and song for over 30 years and a teacher of hand drumming for over 25 years. She is the visionary founder of the Million Women Drummers Gathering Global Initiative and the founder and curator of The Drumsong Institute Museum & Archive of Women’s Drumming Traditions of women’s folkloric and contemporary drumming. She is also one of three Agent of Change honorees at TMI Project’s 2019 Voices in Action: Benefit & Storytelling Showcase. Read on for our Q & A with Ubaka.

“It was during this “coming of age” where I awakened to being a Woman, a Black Woman and the role I have in representing myself and all of us. My Pride deepened as a Woman of Color and as a Lesbian which required self-honesty, deep healing, and unpacking internalized racisim, sexism, classism, and homophobia through self-love and acceptance.”

TMI PROJECT: What does being honored as a TMI Project Agent of Change mean to you?

UH: Being an Agent of Change honoree lets me know that my creative service and activism (artivism) in local and national communities are recognized and appreciated by TMI Project; that my visionary work and achievements of over 30 years matter and are worthy of public recognition. This honor will also show the importance of the arts and of artists as influencers, leaders, and activists (artivists) in the movements of social change.

TMI PROJECT: What would you say most motivates you to do what you do?  What are you most excited or passionate about? What are the goals you most want to accomplish in your work, the goals you hold personally?

UH: I know that I have the power to encourage and inspire positive social change through the power of music, art, and spoken word.

My biggest personal goal is to inspire another generation to use the power of their creative intelligence to make positive changes that are impactful and sustainable. I am either in the planning stages of or actively working on so many other projects: I plan to produce a few more CDs, to write a historical book and presentation about the ancient and emerging Women’s Drumming Traditions; and I am working on a music video called “She Who Rises”. I am also an oil painter and would like to continue to produce my art as prints and note cards, just to name a few.

TMI PROJECT: Did you have any life-changing experiences that put you on the path that led you to be doing what you’re doing today?  Tell us about them. 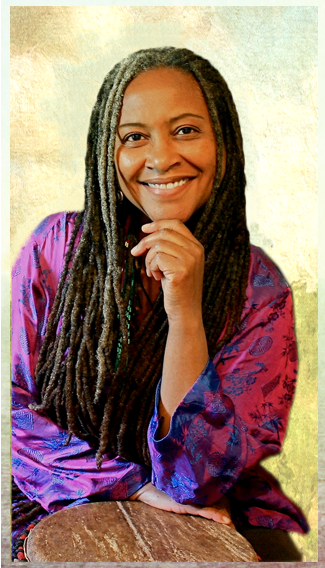 UH: I was born in the Bronx, NY in 1956 a Brown-Skinned African American Woman. From my youth into early adulthood years I lived in Jersey City, NY. I’ve had life-changing experiences throughout my life, and I continue to have them.

I was a child during the timeline of MLK and MX, Angela Davis and James Brown and many others who are historically noted and not noted. As a 13-year-old, I was aware of the Civil Rights Movement and the violence and devastation from the organized forces pushing back against change. The riots were in my neighborhood, on my block, and on TV.  I was also aware that many White families, friends and business owners were afraid. I did not yet have the political acumen to understand what was going on and why. I felt helpless, afraid, and confused. I wasn’t sure if things would get better but I held that possibility in my heart.

By High School, I learned that Black people were systematically mistreated, disrespected and oppressed by racist white people who didn’t like us, who didn’t want us to have equal rights, who didn’t want us in their neighborhoods or to go to schools with their children. I learned that my family came from Africa as slaves held captive by white colonizers, missionaries and global capitalists. The Black Panther Party was very active during this time, and it was also a time of my own political awakening grounded in art, poetry, music, graffiti, novels, dance, and theatre.

By the time I was 17, I knew that I wanted to be part of the movement for positive change, equal rights and justice for “my people” because I was afraid and I was heartbroken and I knew that life had to better for us. I also knew that non-violence was my way of influencing change and that art and creative expression was my medium. I was 13 when I was presented by my art teacher with my name Ubaka.

At 17 I met a woman drummer for the first time named Edwina Lee Tyler. She made a great impression on me. Here was a woman drumming on the Conga Drum and later an African Djembe. I had only ever seen men drumming. Seeing her gave me permission to drum as a girl. During this period of time, I helped to form an ensemble of musicians for positive social change. We called the group the Spirit of Life Ensemble. I played jazz on my Conga with a lot of great Jazz musicians like Daoud Williams, Calvin Hill, Pharaoh Sanders, and Joe Lee Wilson to name just a few. I was the youngest member and the only woman for many of the 8 years that I was a core member. This is where I learned to drum and I experienced the power of music and the arts in the movement of social change.

By my early 20’s I legally changed my name to Ubaka, and moved to Brooklyn where I “came of age” again as a Black African American Woman, Lesbian, and artist. It was in Brooklyn where I learned to Drum like a powerful Black Woman with a cause. It was there in Fort Greene Brooklyn where I learned and witnessed the beauty and passion of Black Women’s art, music, storytelling, body, adornment, and creative self-expression. It was there and then where I sat in the audience of and around the kitchen table of Audre Lourde, Nikie Giovani, Pat Parker, Edwina Lee Tyler, Sapphire, The Women of the Calabash, Jewel Gomez, and Sonia Sanchez and so many more artists and activists. My Pride deepened as a Woman of Color and as a Lesbian which required self-honesty, deep healing and unpacking internalized racism, sexism, classism, and homophobia through self-love and acceptance.

During my time living and growing upwards in Brooklyn, I learned what it meant to be a feminist. In addition to Edwina, there were many Women that were an inspiration who influenced me and had a positive impact on me in different ways: Dorothy Stoneman, the founder of the Youth Action Program / Youth Build USA; Lisa Vogal, founder of the Michigan Women’s Music Festival; Maya Angelou; Harriet Tubman; Oprah Winfrey; Vicki Noble, Author / Motherpeace; Audre Lourde; Madeline Yayodela Nelson, founder of Women of the Calabash; Kay Gardner, Musician/Composer; Elizabeth Lesser, founder of Omega Institute; and Bev Grant; Musician /Artivist of the Human Condition; Eve Ensler and Holly Near. What all of these women have in common for me is that they went big with their visions for healing and progressive change. They did with self-permission and courage while pioneering new pathways for peace and dignity.

My life changed when I embraced the fact that all women and girls are targets of systematic, organized patriarchal oppression and violence. I became acutely aware that our collective, worldwide oppression is the common drive that powers our collective movement for our human rights. Teaching drumming to women has informed the focus of my teaching over the years. I’ve deepened my research and added more knowledge about women’s drumming traditions and drumming as a healing tool.  In addition to teaching women how to play and to play the rhythms and music, I included drumming as a healing modality and healing circles, tools for personal transformation, encouraging joy, wellness, and building community.

I would have to write a book to speak about the influences of the Women that I have mentioned. There are also men who have inspired my coming of age and that had a very positive life-changing impact on my development as an artist and activist. Nelson Mandela, Sun Bear, Baba Olatunji, Daoud Williams, Cliff Watson to name a few.  What all of these Women and Men have in common for me is that they went big with their big vision for radical progressive change not just for themselves but for the greater good of many.

TMI PROJECT: What’s next for you in your work in our Hudson Valley community?  What are you looking forward to?

UH: In 2010 I was called by a vision to focus on being active in the environmental sustainability cause from the point of view as a drummer, a consumer of wooden musical instruments made from trees and I founded the Million Women Drummers Global (MWDG) Initiative. I’m now focused on the ongoing development of the (MWDG) Initiative, which includes collaborating, partnerships and community organizing to plant trees and play music together locally. MWDG also includes information, mindfulness, and consciousness-raising to influence a “new mindful model” for a sustainable future and to increase the number of trees in our neighborhoods for environmental and health benefits.

I’m also looking forward to working with the Center for Creative Education as the Music Director of the Percussion Orchestra of Kingston (P.O.O.K).  I’m excited to build upon the long legacy of founder Ev Mann and to continue to teach and feature the creative intelligence of children and youth of Kingston. To create a model of art education and socially responsible mindfulness and leadership through creative self-expression, self-development and community involvement. 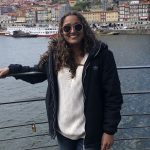 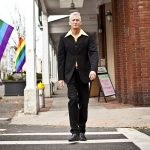