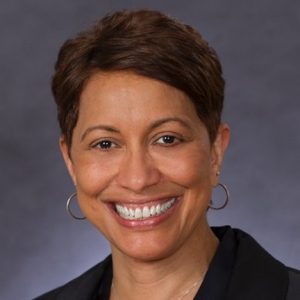 When the pandemic began life stopped. I don’t think anyone could envision what was to come. I thought, I’ll spend two weeks at home and give my house the cleaning it’s deserved. Largely ignored because of work, children, elderly parents, and procrastination, it needed help. I’ve functioned on autopilot and accumulated junk; the physical, emotional, and soul-sapping kind. I’d read all the magazine stories of de-cluttering-becoming a minimalist, as if it’s a newfound religion, and I wanted to try it.

First would be the clothes; the accumulation of the old and unnecessary. The pandemic forced me to think of two piles, fiction and non-fiction. The purge wouldn’t stop with me. I’d get my husband on board and he’d let go of the fuchsia sweatpants from the 80’s, that somehow survived Y2k, and miraculously haven’t disintegrated like everything else did in 2020. The whole family made a case for their “stuff.” Everything has a “special meaning.” But like those sweats, it’s time to excavate the relics.

In between cleaning I resurrected that lingering gnaw about writing. In first grade my teacher showed us a painting by Grandma Moses. I’m a grandmother now and I’ve had many starts but never made it past the titles; The Son Rises in Harlem, Too,, Same Sky, and now Quarandreams. Creative titles yet each of them is a come-back story with the same protagonist and antagonist, me. I’m a walking metaphor; a complex compilation of procrastination and busy-ness all in one. I have endless ‘to do’ lists that I hate to do until it’s zero hour.

OK, so I’d rather have life unfold than me unfold it and it’s never unfolded like it did over the last year. 2020 was devastating; one wreck after the other. The curve flattened, the clock ticked, and I began to panic. I’d written nothing and cleaned one room. I heard the president say, “we’re rounding the corner in November,” only to come full circle. That April 2020 two week off, cleaning and writing frenzy, didn’t happen. It became a “who knows when.” With no end in sight the laptop loomed as a constant reminder of unfinished business; not to mention the junk that still sat in my house.

I needed a test with a time limit. I needed a teacher staring at me with a red marker so that I could write. But quarantines and shutdowns have no structure. Deadlines and due dates are open-ended. I told myself- if you were such a good writer, you’d write, but writing became a reminder of the unfinished dream and what I’d left behind many years ago. I’ve found that my quiet time spoke volumes, forcing me to acknowledge my greatest disappointments too. I’ve been quarantined in my head for a long time. It’s nearly a year and The Quarandream boiled down to Chapter One: The Quaranclean; getting rid of the physical clutter. Remember when you didn’t finish your work and your teacher would ask “what grade would you give yourself?” We could never say “F” for fail. I’ve generously decided I deserved an “incomplete.“ Whatever I hoped would be the outcome of being away from my office has morphed into survival…not getting sick, not getting my pre-existing husband and 97-year-old mother sick, keeping my day job, and not gaining 25 lbs.

But dreams are like that old friend who we love, argue, and wrestle with and they’re still here. They’re a constant reminder of what could be, what’s not done, and what never may be. They’re wispy and hard to pin. When we leave them unanswered, they pop up again on the doorstep unannounced. That beautiful ethereal vapor can become a dark cloud; a constant reminder that you didn’t answer the door. Full disclosure, I stopped dreaming and just kept doing. Life can do that. And then there’s loss. Loss threw me out of sync for a minute, but the loss of my child floored me for a season. There were some days when I could only breathe. I’d been so heavily vested in my children that I forgot to dream.

It’s taken more than a pandemic year to admit this, but dreaming was a luxury. I tried to write, but that loss and how it upended my family, was too painful and personal. I couldn’t acknowledge it and dare not immortalize it into words. I was stuck. I haven’t fully grasped how it happened, but it did. Losing a child to prison and watching him break after losing his best friend to gun violence stopped me cold. He’d stopped dreaming and that took the vapors out of mine. I plodded through the days, immersed in the mundane.

This isn’t new. It’s been written before by the prophets … yet at the bottom of my personal hell I got a hint of daylight. The epiphany. Each morning I was able to look out my eastern window and watch the dark give way to light reflecting off the Harlem rooftops. I knew that even if he was in the “box” (segregation), where he spent most of his prison time, we were still connected by the same sky. Maybe that’s all it would ever be. He in an upstate prison town, me in New York City in a prison of my own.

Somehow, I believed he’d be forced to remember how to dream in his quiet time too. An acquaintance said to me while he was upstate, “at least he is alive.” I couldn’t fathom that, just alive. It made me angry. But the year at home has forced me to come to terms with just living. There are times when we can only breathe. And if we’re still here, breathing, there’s still hope, and maybe a dream.

Dreams linger long, floating, waiting to be recaptured. A little mouth to mouth, a small breath of oxygen, can lead to resuscitation. My dreams are still here, waiting, and the house is too. 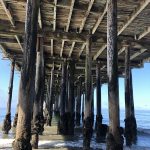 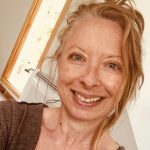