Am I not black enough? Am I too black? Am I too white?

11-year-old Ezra is playing in the street with his two friends when the cops were called for a “disturbance.” During his questioning, Ezra begins to worry about how he’s perceived. He realizes he has a small panic attack every time he sees a police car.

“I don’t realize I’m doing it but I try to act white and never fall into the black stereotype. I don’t listen to rap music. I listen to Taylor Swift, Katy Perry and pop music. I don’t use much slang. I’m afraid of a stereotype that I don’t even know much about yet.”

Watch the video below of Ezra performing his story, which debuted at Black Stories Matter: Truth to Power on June 21, 2019. 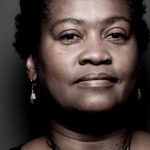 I’m not a teacher or a nurse, but I often play one on TVBlack Stories Matter 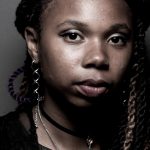 I am learning to love me, my body, my hair, my blackness, my soulBlack Stories Matter
X