Letter to the Unborn - TMI Project
4
0

You don’t have a father because you never existed.

That is, you existed, but only as a fear.

My parents missed the boat with the birds and bees. Did they think we already knew? I didn’t learn anything from the book How Babies Are Made. I remember the birds in that book being made out of cut paper, cleverly folded, as illustrations. My sister and I could see the rooster’s paper penis entering the origami chicken. On the next page, a white egg formed inside her. This hatched into a paper chick. The street dogs were similar; as we saw them woefully attached in the act, pet guinea pigs multiplying, as well as our cat giving birth, bloodying a drawer full of pajamas, it was not terribly surprising. This was simply called mating

We didn’t make the connection to humans because How Babies Are Made’s human chapter didn’t show any penetration. It just featured an illustration of a mommy and daddy type hugging under a paper quilt, so I figured humans conceived by touching.

When I was four-five-six, my uncle made it clear that what happened in the closet was my fault: I drank from his beer can. I got drunk and didn’t say anything because everyone knows drunks lie. My uncle couldn’t be wrong. I loved him. Everyone loved him. He was perfect, the handsome, funny, musically talented psychiatrist. My little sister was jealous because he preferred to play Paul Bunyan and Babe the Blue Ox with me. I was the lucky one—so that was my shame, not his.

The things he did to my mouth gave me a phobia of tight spaces. I was in my forties before I could pull a sweater over my head or duck underwater in a shower without panicking. Claustrophobia pushed me out of crowded elevators and subway cars, back seats, and even airplanes before the doors closed for takeoff – any restricted space where I couldn’t be in control.

After ten years of EMDR therapy I can now stay in those spaces until I reach my floor, my stop, my destination. I still can’t swim with my head underwater. The associations are too scary. I was nine when he taught me how to swim, in a hotel pool on a family trip. I learned the breaststroke and the frog kick. They’re still my go-to strokes because I can do them with my head above water. But they did not save me that day because the frog kick is revealing. It left a space for a grown man to stick his fingers. I wasn’t as good as he was; that’s why he could do that to me.

It was a terrible nine months in a fourth-grade fog, watching for signs of pregnancy. Puberty was years away, but I pictured this invader growing inside me, deformed by incest, preparing to cause me pain. I knew about inbreeding because of the guinea pigs. 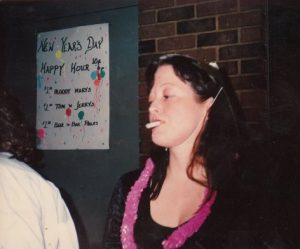 Even though you never happen, I feared childbirth for the rest of my life. Until I stopped drinking, I feared saying no to men because, of course, I deserved whatever they wanted to do to me. It was my fault. I anesthetized myself by drinking as much beer, wine, and vodka as I could. Then I was too drunk to prevent what happened next. Every time I became pregnant, I was forced, or it happened in a blackout, or both.

Abortions saved my life, as well as the spirits of children like you not born to a crazy person who can’t protect you from predators.

There are worse things than not being born.

When I got sober at twenty-seven, the memories came back: the closet, the pool, the basement. I barely slept for two years because of the night terrors, and I was barely employable.

At 30, during my third year of sobriety, I was living in the West Village when my uncle moved to New York and started following me to AA meetings. He sat next to me in the church basement. As he pressed his thigh into mine, I’d leave my body and float up to the ceiling lights of Saint Veronica’s like a lost balloon. When he whispered something suggestive in my ear, I’d come crashing down, with numb wrists and an aching throat. My wrists hurt for hours with the memory of being crushed in his hand so many years ago. The night he called me, he tried to disguise his voice and asked, “Is the phone sex line?” I was terrified, but I didn’t tell anyone. 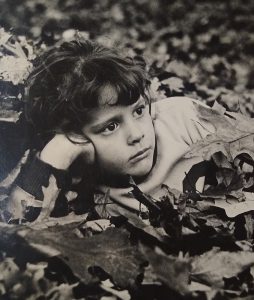 The next time he approached me in a meeting, my AA sponsor was sitting on my other side. When he started his shit, she leaned across me and said to him: “Don’t talk to her that way. She’s your relative.” He jumped back in his chair. “I could take you,” she said. “Believe me, I could take you.” It’s true. This rail-thin woman could take down this six-foot-somthing man in a fight. She could do it with her fury, and he knew it. He fled.

Everything changed at that moment. It was as if the world I had blurred came into focus. It happened. She saw.

And the problem wasn’t me.

The problem isn’t me. 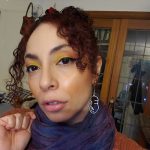 So, About That Time I Got SterilizedReproductive Rights, Stories, Stories for Choice
X