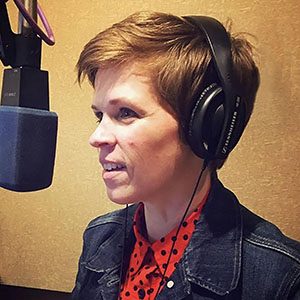 TMI Project is thrilled to welcome its newest member. Welcome to the team Dacia Clay!

“I work in podcasts and radio because I wholeheartedly believe in the power of story to build bridges, change minds and hearts, and engage our emotions in a way that nothing else can. TMI Project is using that power for good, and I’m honored to be a part of what they do.”

Dacia Clay (Pronouns: she/they) is an audio producer, host, writer, and interviewer. She began her career in public radio as a music librarian, where she started learning audio production by sneaking into the hall studio in between shelving CDs. Since then, she’s developed and worked on many digital audio series, podcasts and radio shows, in multiple capacities, most recently KUOW’s The Wild (adventures in ecology and conservation), Rice University’s Religion Unmuted (about women in religion), Fiber Nation (tales of textiles, crafts, and culture), and Northwest Focus Stories (stories from Seattle’s classical music community with a focus on diversity and inclusion). She’s currently in production with two upcoming series, the Dr. Kimcast (using art and science to teach you about your brain), and Tiny Histories (individual histories through the lens of personal objects). Since 2013, she’s hosted and co-produced the Classical Classroom (about how she knows very little about classical music, so has experts come on the show to teach her). She lives in Seattle where she writes, runs, hikes, hangs out with her partner and their giant kitten, and probably watches way too much TV. 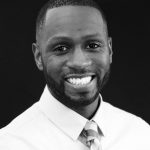 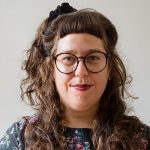